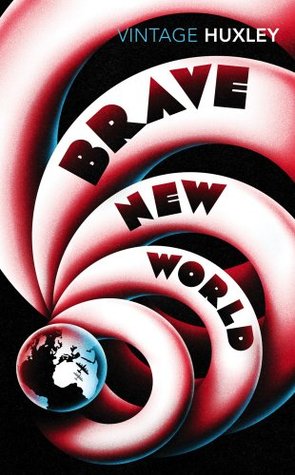 Brave New World was a groundbreaking work of dystopia from the 1930s, describing a future of full control over the population. From the way a person is made (no longer conceived) to the way they seek pleasure through government controlled drugs. Bernard is not like his perfectly happy and happily perfect brothers, he seeks more than the life laid out before him.

There are a few ‘must read’ dystopian novels in the world, most of which I had read but Brave new World had always managed to escape my reading pile. The book felt disjointed to me, separated into a few very distinctive parts.

The beginning of the book describes in great detail the process in which humans are produced in this world. They are artificially grown in test tubes, injected with different hormones and shown varying levels of care depending on the desired outcome. The Alphas are the top of the food chain, given the best looks, all the vitamins they need and given the best education. The level of care goes down as they work down to the Epsilons, the slaves of the world given alcohol and shown no care as to beat down their spirit.

I found this part of the book fascinating, although it may have been very tedious to read I found it great to listen to on the audiobook. Listening to the process being described step by step was actually quite relaxing, bubbling along with these tiny babies learning about their future.

The next part of the book introduced the main characters, Bernard, an outcast who has been rumoured to have been tainted in the embryo stage and Lenina a very average girl with a soft spot for Bernard. They go through a courtship stage, spending time together mainly arguing and having pointless conversations about how they are different. They go on helicopter rides and of course continue to argue on the way the world in run. Somehow they end up going on holiday together to a Savage Reservation, one of the only places where humankind carries on as it once had.

Once again the story gets interesting, meeting the ‘savages’ who breed and live in nature. Whilst Lenina is horrified by the entire experience Bernard finds himself fascinated with the tribe and debates everything he has ever known. I found the ending of the book extremely exciting, whilst the savages did resemble Native Americans which of course in this day and age would be problematic beyond belief but as this was written in the 1930’s it can be looked past.

Overall I found it an interesting read but the whole middle section of the book dragged for me and the characters never clicked with me. I never felt connected to them and never really cared what happened to them (apart from the savages weirdly enough). I’m glad I read the book so I can understand better the origins of dystopia literature but I highly doubt I’ll be reading it again.

Add this book to your GoodReads!
Buy this book on Amazon!